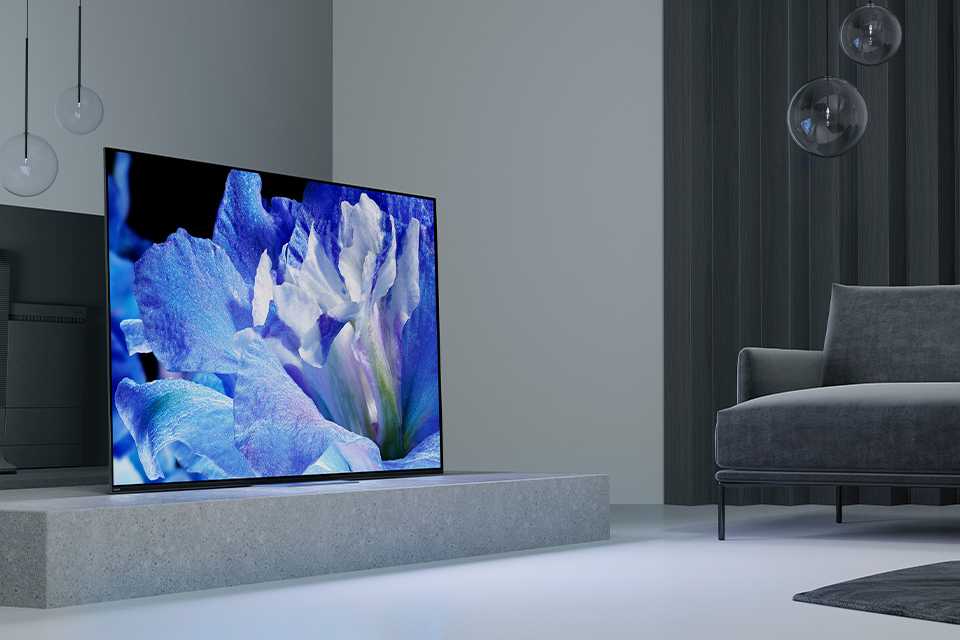 If you’re in the market for a new TV, it can be quite exciting especially if you’re looking to upgrade from your old or current one. It can be fun browsing all the options online or even going into store to look at all the display TVs projecting clear and crisp images on their screens. However, shopping for a new TV can also be considered daunting given the amount of technical jargon that is displayed on adverts and packaging. But there’s no need to fear as this article will take a look at some of the main TV screen technology available to you on the market today. 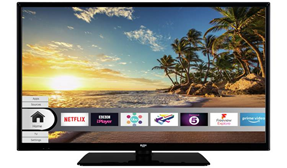 LCD, which stands for liquid crystal display, is a thin display usually used in laptop, computer and TV screens. It is a special flat panel made up of segments of liquid crystals which can block light or allow it to pass. The image is created by an external light source like a fluorescent bulb. LCD screens are becoming less common due to the wide availability of LED TV screens.

The more widely available option is LED (Light-emitting diodes) these use the same tech as LCD but the backlight lamps are replaced by LEDs. This makes the TV more efficient and smaller in size allowing the TV to be slimmer. These LED’s are usually around the edge of the screen (Edge-lit) or across the rear of the screen (back-lit). It is the one of the most popular on the market due to size and cost. However, due to more recent technology, it is not the best image quality…still great, but not best!

TV technology is advancing and can be demonstrated through OLED and QLED technology. OLED, which stands for Organic Light Emitting Diode, can be mistaken for being the same technology as LED given the acronym. However, the technology is different. OLED uses organic materials to create their own light when supplied with electrical current. This means it doesn’t require a backlight like LCD or LED, which allows the panel to be ultra-thin, and create brighter and improved colours and contrasts. OLED is available on the market but still quite expensive.

Talking of similar acronyms, QLED also sounds similar to technology already available. QLED is actually similar to LCD and LED technology, making it rather an improvement on TVs already available. QLED, which stands for Quantum-dot light emitting diode, enables pixels to give off their own light similar to OLED technology but it still requires the backlight to light those pixels. This means that QLED TVs don’t match OLED TVs on their ultra-thin design, but they definitely match if not surpass the ability to create vibrant and bright picture.

So now we have a better understanding of TV screen technology there’s still a lot of acronyms to do with picture quality. If you find yourself getting confused with HD, Full HD, 4K etc, don’t worry, we’ve got you sorted. TV resolution is all to do with the number of pixels your TV has. More pixels = clearer picture, it’s really that simple!

You’ll find that, in the market today, you would be hard pushed to find a TV that is less than standard HD. You may have also heard this referred to as 1080p. Think of your TV as a grid, a standard HD TV will have 1080 horizontal rows of pixels and 1920 verticals columns. This is probably the most common TV resolution available to you on the market supported by many big TV manufacturers. The picture is clear and most broadcast TV and streaming is in HD. The main contender today is 4K Ultra HD, which you may have heard of and want to know what the fuss is all about. Well, 4K actually has around 4 times the amount of pixels of a standard HD TV, numbered around 8 million pixels. That’s definitely a lot! Which means that 4K will definitely give you a more vibrant, and clear picture when watching TV. 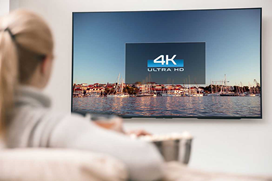 Currently, most main broadcast TV doesn’t broadcast in 4K. This is mostly due to the sheer size of 4K content making it difficult to be broadcast as a whole. Also, in terms of streaming in 4K, you would require a minimum of 25Mbps or faster which is more than what most people currently have access to. Both Netflix and Amazon are paving the way for 4K and UHD streaming with a lot of their original content.

Advisably, one of the best things to do would be to go and check these things out for yourself. Go into store where TVs are set up and ready to look at. The best thing to do is check out what you think is right for you and combining what works best for you!